There are five cemeteries that are managed by Manchester City Council – Blackley, General (Harphurey), Gorton, Phillips Park and Southern. 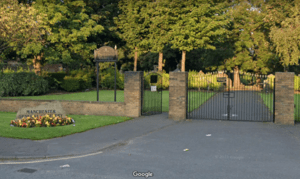 The oldest of the Manchester council cemeteries is General (Harphurey) Cemetery. This was first opened as a private burial ground in 1837 and at that time contained a pond and catacombs. Ten years later, having never been used, the catacombs were demolished and the pond drained.

Manchester General Cemetery has Grade II listed status. This is due to it being an example of an early Victorian garden cemetery laid out by a joint stock company, the first in Manchester to provide burial space on a substantial scale and as it contains monuments reflecting the social and economic development of the city in the 19th Century. There are Church of England and Nonconformist sections in this cemetery, which came into the ownership of the local authority in the 1960s.

Philips Park, which opened in 1866 contains the graves of heroes from the Zulu wars of the 1870s. Due to its location next to the River Medlock, the cemetery attracts a lot of wildlife. Bats, herons, owls and even deer have been spotted there. Philips Park was the first cemetery opened by Manchester Corporation and contains Church of England, Nonconformist and Roman Catholic sections.

Southern Cemetery is now the largest municipal cemetery in the United Kingdom and second largest in Europe. It opened in 1879 and has a Remembrance Lodge where people can pay respects and collect their thoughts, as well as have an inscription in the Book of Remembrance. Four of its six chapels are Grade II listed and there are many prominent people buried there, including former Manchester United manager Matt Busby and John Alcock, who made the first nonstop Trans-Atlantic flight in 1919 (from Newfoundland to Ireland).

There are dedicated Muslim sections at Southern Cemetery, in addition to the common Christian sections. The cemetery also offers a more natural setting for burials within The Meadow, an area that is being managed to encourage native wildlife, plants and wildflowers. This allows for regular burials or the interment of cremated remains, but not memorials. Instead, just a small grave marker is present and family members have the option to purchase memorial trees and roses.

Southern Cemetery has a Remembrance Lodge, containing a Book of Remembrance in which memorial inscriptions can be created by skilled craftsmen. There are also internal and external spaces for dedication wall plaques.

Blackley is the newest of the cemeteries, having opened in 1953 on the site of a former farm. It also contains Manchester City council’s only crematorium as well as a woodland burial area. 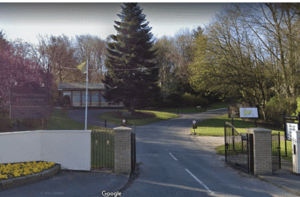 Since it opened in 1900, over 80,000 people have been interred in Gorton Cemetery. A very unusual feature here is a Nico Ditch, constructed over 1,000 years ago. Its exact origins are not known, but it may have been a defensive fortification against Viking invaders.

New grave plots are no longer available to purchase at the two oldest of the Manchester Council cemeteries – General and Phillips Park. Generally speaking, in the other three cemeteries grave plots have space for up to four coffins. However sometimes this may be reduced depending on ground conditions. Plots solely for cremated remains can usually accommodate six caskets. For mixed plots the number of coffins already interred there has to be taken into consideration.

Albert, Lupton & Co are licensed to work in all Manchester City Council cemeteries. We are a family run monumental mason business that have been in operation for 110 year. We have Greater Manchester’s widest selection of memorials, including many lawn types, at our premises. We fit all our memorials to BRAMM (British Association of Accredited Memorial Masons) safety standards. Please contact us to arrange an appointment regarding your requirements. We will be happy to guide you over your options and provide a free no obligation quote.

WE ARE HERE TO HELP

We are here to help and are currently seeing customers by appointment only.

Face masks are required before entering our premises.

During the winter months we will occasionally be working from our home office – do not travel without first making an appointment!

We can often help with the items listed below over the telephone:

Future planning for a new memorial, paperwork and procedures

To advise on the process for the transfer of deeds

To help with cemetery paperwork

Check status of an existing order

It was on 18th November 1911 that our company was founded by my great-grandfather William Lupton.

Since then we have gone from strength to strength, five generations of the Lupton family have now worked in the family firm.

I joined the family business in July 1982, 39 years ago, where have the years gone!