There are even Bolton council cemeteries. Unlike with many other local authorities the cemeteries there are all open for new burials and also have plots solely for cremated remains. 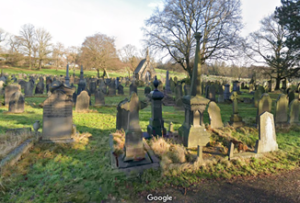 Tonge is the oldest of Bolton’s cemeteries, having first opened in 1856 as Bolton Cemetery after the Burial Board purchased 29 acres of land from Le Gendre Nicholas Starkie. It now has Grade II listed status, with Historic England referring to it surviving substantially intact (although only one of the original three chapels remains), being laid out with a formal axial drive and curvilinear walks dividing the burial areas which exploit the undulating topography of the site. There are plenty of splendid Victorian monuments there and it also contains the final resting place of one of Bolton’s most famous people, steeplejack and television personality Fred Dibnah.

In 1858 Westhoughton cemetery was opened, halfway between Bolton and Wigan. It contains a memorial to the 344 miners killed in the Hulton Colliery disaster in 1910, when there was an underground explosion. The graves of the victims are also there, many of them being too badly burned to be identifiable.

Farnworth and Heaton cemeteries both opened in the 1870s. Heaton is now Bolton’s busiest cemetery with burials taking place on most weekdays. It has dedicated Muslim and Hindu sections, as well as areas for Ukrainian, Russian and Polish communities. This cemetery opened in 1879 and contains 216 war graves. Heaton is adjacent to Bolton’s only crematorium Overdale, which opened in 1954. Overdale has two chapels and is where the administrative staff are based.

Compared to Tonge, Astley Bridge Cemetery is compact covering just eight acres of land. This opened in 1884 and was followed three years later by Blackrod Cemetery, which is even smaller. The newest of Bolton’s cemeteries is Horwich, which opened in 1928.

Plots in Bolton Council cemeteries are available for one, two or three burials. The council also insists on grave owners purchasing one of their concrete foundations. When it comes to cremated remains, small plots are available in all seven Bolton council cemeteries. There are also options for vaults and kerb memorials, on a lease basis for a fixed period of time, as well a a book of remembrance.

Cemetery fees in the Bolton council cemeteries are the same for both residents and non residents, something that is not commonplace elsewhere. As of April 2022, grave plots start at £963 and cremated remains £520. When it comes to memorial type and size, there is flexibility too. The council does not insist on lawn type memorials only and kerb sets are also allowed in some of them. There are size restrictions however, which is in line with local authorities around the country.

Alberti, Lupton & Co. are registered to work in all seven Bolton Council cemeteries. We are a family run monumental mason business that was started in 1911 by current managing director Gerard Lupton’s great grandfather William Lupton. has been in existence for over 110 years spanning five generations. All work will be carried out to NAMM (National Association of Memorial Masons) standards. If you are considering a new memorial or renovation of an existing one in any of the Bolton Council cemeteries do not hesitate to contact us and we will be pleased to help you.