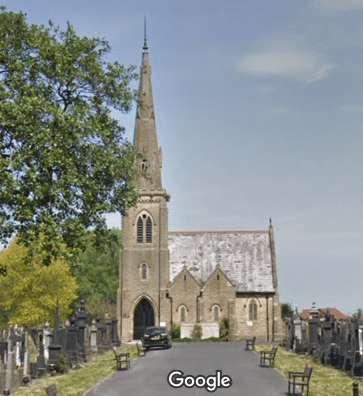 Droylsden Cemetery is one of eight that are managed by Tameside Metropolitan Borough Council. Situated in Manor Road, it opens from 9am to 7pm in the summer months (April-September) and 9am to 4pm the rest of the year. 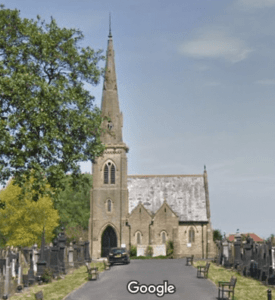 The cemetery opened in 1894, with the first interment taking place on 18th December 1894 that year. The Manchester Evening News reported that a large crowd had attended to witness the burial of Ralph Smith, who had lived in Ashton Hill Lane. At that time the chapel had still not been completed, and the service had to take place a considerable distance away. As well as the chapel, a registrar’s lodge was built just inside the cemetery gates but this is now a private residence.

There are 63 commonwealth war graves in Droylsden Cemetery, all of them British servicemen from the first and second world wars. 51 of those are from the army, nine the Royal Air Force the remaining three from the navy. Further details of those graves can be found at the CWGC website.

The chapel at Droylsden Cemetery is still in use for services. Plots are only available at the cemetery for regular burials. For interment of cremated remains and placing of a memorial, only Denton and Mottram cemeteries in Tameside have this provision. Droylsden Cemetery does have a garden of remembrance however, where ashes can be scattered and there is provision for placing of a small memorial plaque.

If you have a loved one buried at Droylsden Cemetery and are interested in a new memorial or renovating an existing one, please contact us. At our yard you can browse the largest selection of memorials in Greater Manchester, but we can also discuss bespoke requirements with you. We will also be happy to advise on cemetery fees and regulations.