In 2015 Albert, Lupton & Co were delighted to assist when an American man found that his grandfather was buried in a paupers grave in Manchester.

Mark Rogers, from Philadelphia, had established through family research that his grandfather William had died in 1948 and laid to rest in a public plot. When he visited St Joseph’s Cemetery in 2012 he found that his grandfather’s family were so poor that they had not even added his name to the headstone that was inscribed with all those buried there.

Albert, Lupton & Co were able to add William’s name to the headstone and Mark flew over especially to see us do it. In January 2016 it was featured in the NAMM (National Association of Memorial Masons) newsletter. Alberti, Lupton & Co’s Managing Director Gerard Lupton was quoted as saying “It’s an amazing story and its been an honour to be involved. This is how my great grandfather started business – inscribing public graves, so its good to be able to carry on the tradition.” 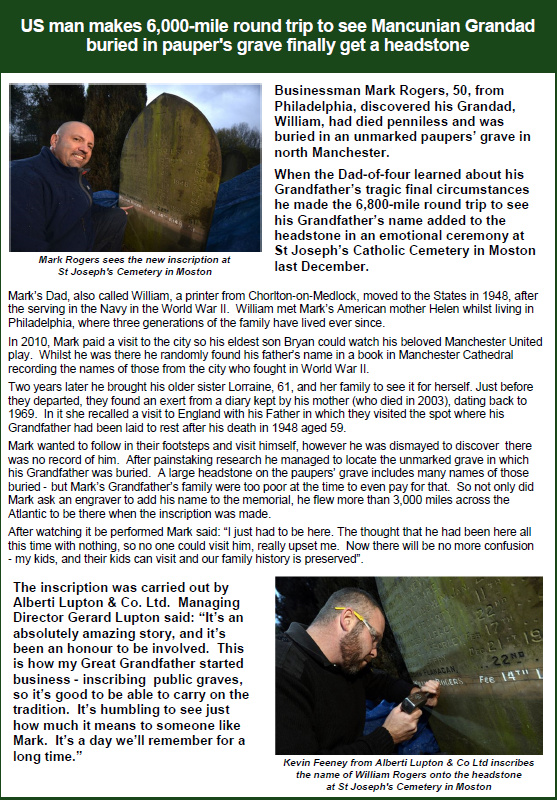