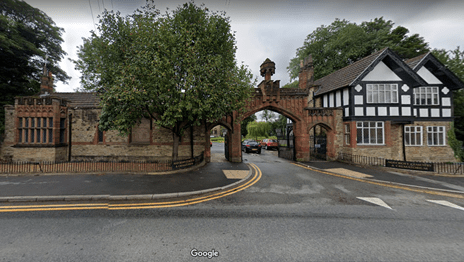 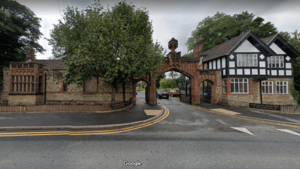 There are four local authority-run Salford cemeteries. They are at Agecroft, Peel Green, Swinton and Weaste. The first two of these also have crematoria where an average of 1,800 cremations a year are carried out.

New burial plots can be purchased in all four cemeteries but Salford City Council does now have restrictions on memorial type and height. There are dedicated sections for Church of England, Roman Catholic and Non Conformist burials at all of the cemeteries. Agecroft and Peel Green have dedicated Muslim sections and also plots solely for the interment of ashes. Salford City Council is a member of the Institute of Cemetery and Crematorium Management (ICCM). It has also achieved the Gold Standard In the ICCM Charter for the Bereaved Assessment Process for Burial and Cremation.

The oldest of the four Salford cemeteries is Weaste, which opened in 1857. There have been over 300,000 burials since then and it has been given Grade II listed status by Historic England. Six of the monuments are also listed and there is a heritage trail, which includes the graves of notable Salfordians and Mancunians including Sir Charles Halle, founder of the world famous Halle Orchestra.

Peel Green Cemetery opened in 1879 and is situated just outside Greater Manchester’s M60 orbital motorway. In 1955 Salford’s fist crematorium opened there in a converted Nonconformist chapel. Despite the cemetery’s age, there is still plenty of room for new burials.

Swinton Cemetery opened in 1886. This is a relatively small cemetery covering six and a half acres and there have been just 16,000 burials there. There is still ample room though for more as adjacent to the cemetery is a seven acre field that can be used as and when necessary. In addition to the usual sections for Christian burials,, Swinton contains the only area in any of the Salford cemeteries specifically for Unitarian.

Despite having opened as long ago as 1903, Agecroft Cemetery in Pendlebury is the newest of the four Salford cemeteries. It was initially called Salford Northern Cemetery and like at Peel Green, the crematorium is in a converted Nonconformist chapel and opened in 1957.

While burial plots are available to purchase at all of the Salford cemeteries, there are rules on what memorials can be placed there. Only lawn type memorials are allowed and generally must be no more than 3 feet 6 inches in height and 3 feet in width. Limited kerb sets are allowed, up to a maximum of 3 feet by 2 feet. At Agecroft and Peel Green, there are specific plots where memorials up to 5 feet in height are allowed, along with larger kerb sets of 6 feet by 3 feet.

As is usually the case with other local authorities, fees and charges for purchasing burial plots and the right to erect memorials are cheaper for Salford residents than non residents.

Salford City Council only allows masons registered with BRAMM (British Register of Accredited Memorial Masons) to work in its cemeteries. As Alberti, Lupton & Co. are BRAMM registered, we are permitted to install or repair memorials in all of Salford’s cemeteries. We are a family run monumental mason business that has been in existence for over 110 years spanning five generations. We are Greater Manchester’s oldest family run mason and any work we do in Salford cemeteries will be carried out to NAMM (National Association of Memorial Masons) standards. If you are considering a new memorial or renovation of an existing one in one of the four Salford cemeteries do not hesitate to contact us and we will be pleased to help you.