Entertainer George Formby’s grave is in Warrington Cemetery, where he was buried after his death in 1961. The popular singer and actor was buried alongside his father, also George, who died in 1921.

The elaborate memorial at the grave was provided by Alberti, Lupton & Co, in 1922 and was produced by current Managing Director Gerard Lupton’s great grandfather. 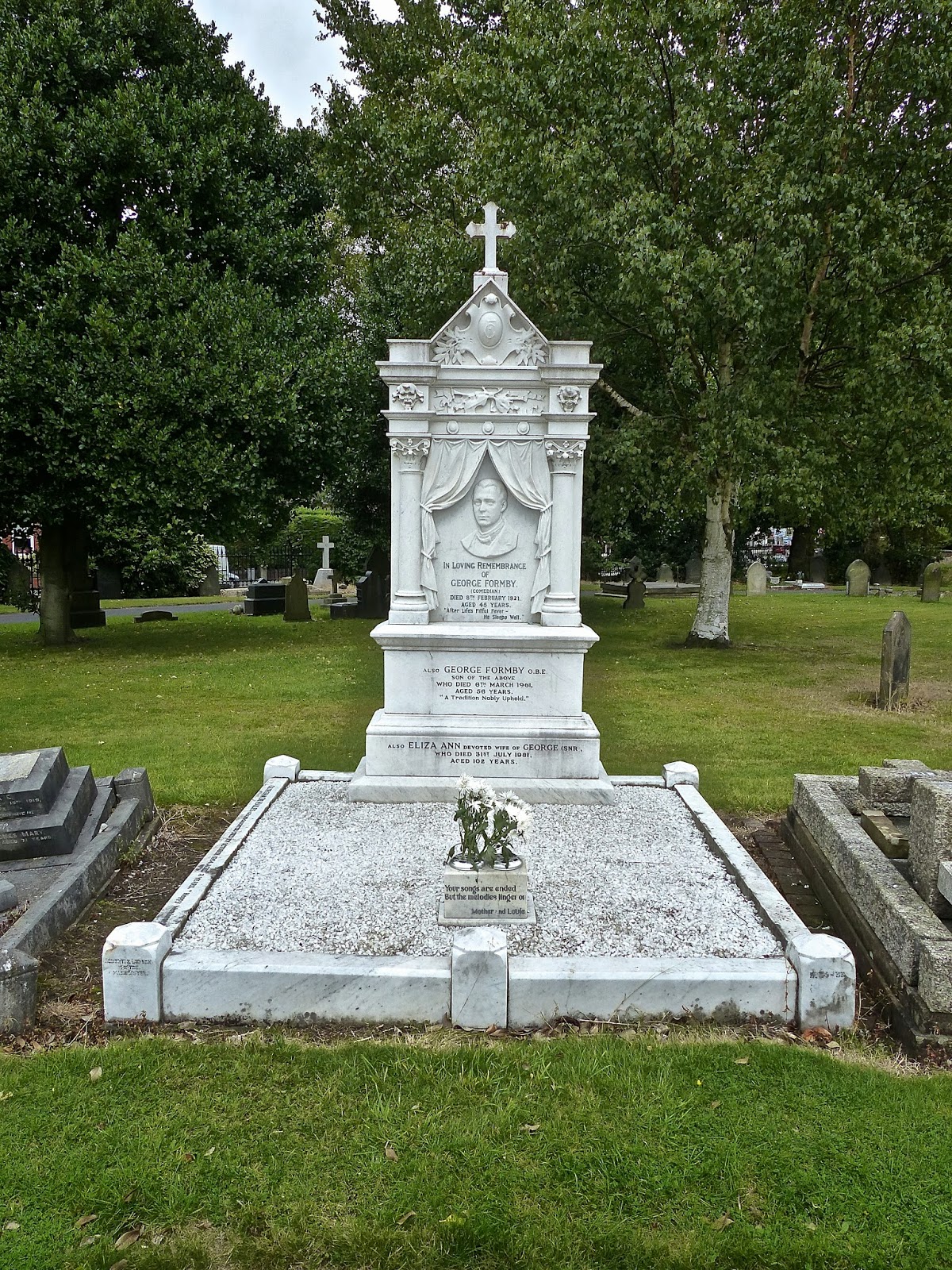